Web Design - Above The Fold or Scroll? 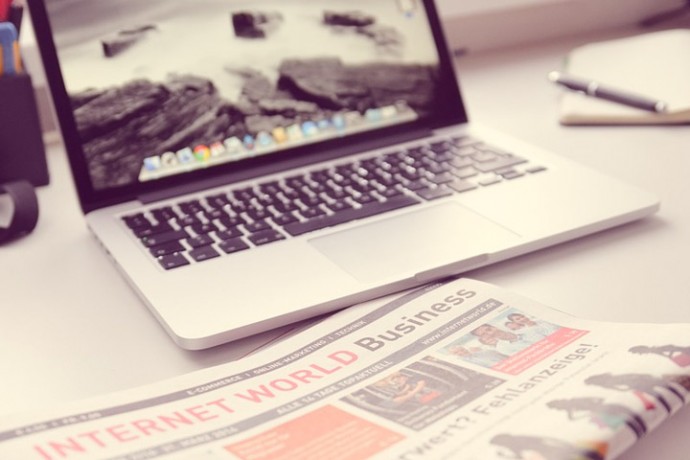 If there's one thing us web designers can all agree on it's that the web design industry doesn't stand still for too long. Trends come and go and what was once the next big thing is often outdated a year or two later. However, one trend which was adopted in the early days of the web and which refuses to die is the concept of 'above-the-fold' placement.

Stemming back from the mid-nineties, the 'above-the-fold' concept was adopted from the newspaper industry and implemented into early web design. The idea being that headlines and content must be constrained to the top section of a web page so that it could be viewed without scrolling. In the early days of the web, when users didn't understand how web browsers operated and monitors were small, this worked. Content which was placed at the top of the home page, or 'above-the-fold', was more likely to be seen, read and clicked on but thankfully things have changed.

Largely, thanks to the increase in tablets and mobile devices, users are becoming more accustomed to scrolling. For website users using mobile devices scrolling is almost a necessity, particularly for articles and content heavy pages where it is easier and more efficient to scroll then to flick between pages. The mass adoption of social media in recent years can also be attributed to the rebirth of scrolling. Both Facebook and Twitter utilise an infinite scrolling technique across all their platforms which users have grown to love and expect.

Although having certain content elements above-the-fold does undoubtedly still carry some weight in increasing conversion rates, it certainly isn’t as crucial as it once was. Thankfully though, modern web designers are more focused on creating thoughtful user interfaces which translate well across all screen sizes than they are trying to constrain everything to the top section of a webpage. And let's face it, with such a diverse range of screen sizes out there it's nearly impossible for web designers to accurately pinpoint the correct height of the 'fold'.

So whether you’re diehard 'above-the-fold' preacher or a new age scrolling wizard lets take a look at some of the advantages and disadvantages.

As with most things in life it's good to have a balance. Having your important content at the top of the page is still important particularly in some cases, for example ecommerce, but trying to forcefully cram everything into the top 600 pixels definitely isn’t the way to go. It's time for us to shake the term 'fold' and focus on designing compelling and thoughtful layouts which are focused on the user and their multiple devices. If a page runs a little long so be it, people will scroll... providing it’s worth scrolling for.

If you would like any further advice and help regarding web design please don't hesitate to get in touch.